Posted at 19:41h in OUR INSIGHTS by bloc

An old Farmers’ Almanac saying goes, in like a lion out like a lamb. While this may hold true for monthly weather predictions, the third quarter of 2021 finished with quite the roar. 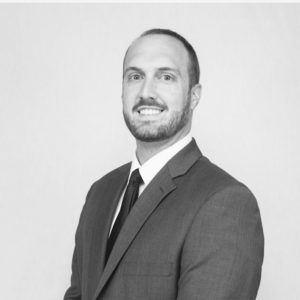 As we entered the quarter in July, vaccinations were proving their worth as we saw the 7-day rolling average of new cases dip below 12k, a number not seen since March of 2020. Thanks to the delta variant, that number has since peaked to 175k, which caused many economists to adjust their GDP forecasts and somewhat remove the notion that our economy was overheating. Although unnerving, the markets do not appear to be pricing in another complete shutdown because of COVID.

During the second week of the quarter, Democrats released their $3.5 trillion spending bill aimed to fund family programs, clean energy, and expand Medicare, all while increasing taxes only on those earning more than $400k a year. As Democrats could go it alone for this bill needing only a straight-line vote with a tie broken by Vice President Kamala Harris, passage seemed imminent. There was also the $1.5 billion “bi-partisan” infrastructure bill, which simply by name, seemed just as likely to pass. Markets quickly began pricing in the bill’s effectiveness on the economy over the next 3-4 years, giving the economy yet another tailwind. After months of failed negotiations and confusion as to whether these bills must be passed in unison, very little headway has been made.

And finally, what would a newsletter about uncertainty be without China. On July 2nd, China began its probe of ride-hailing firm Didi, a move that proved the People’s Republic was just getting started. Since then, other audited sectors included everything from real-estate, food delivery, and even private education. This ongoing, random selection of complete company and industry overhaul has caused investors to question if China is even considered investable. Staying within China’s borders, the Evergrande crisis sent a sharp, although quick, shockwave throughout the global markets as the country’s largest real estate developer was trending towards defaulting on their loans. Flashbacks of the Lehman Brothers collapse spooked investors who worried of a possible market contagion resulting in a single day drop of more than 3.5%. As a side note, we have no direct client portfolio exposure in the companies affected and U.S.-based banks look well insulated from Chinese real estate woes. As of this writing, the equity markets have recouped most of the losses from when the news first broke.

With equity valuations stubbornly well above average, two other concerns we are watching closely and have the potential to put continued downward pressure on the markets, include lower than anticipated earnings this quarter and/or a misstep by the Fed to increase rates too quickly. Earnings will be a test here to see whether supply chain constraints are dampening huge profit potential. 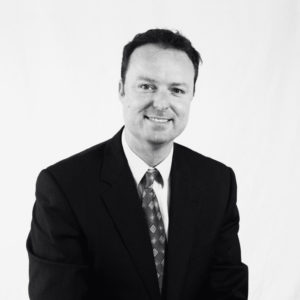 Despite all the uncertainly thrown at this market, the S&P 500 still managed a positive return or the quarter and boosts a YTD number of more than 15%. This is in large part thanks to a declining unemployment rate, interest rates still near historic lows, large amounts of liquidity value in the form of stimulus and PMI numbers that continue to come in historically high. Further, if the declining trend of COVID-19 continues it should allow the United States to push towards a final reopening of the economy. In Washington, to believe nothing gets passed by midterms is highly unlikely, and the debt limit issue has been pushed off until December, even if at the last minute.

As you can see from the list of storylines above, it’s no simple task to predict what headwinds the markets may encounter, but here at WealthSouth, our investment team constructs portfolios that are well positioned to handle a variety of different environments. We do this through proper diversification, constant research performed by a team of professionals with more than 60 years’ experience, and most importantly, understanding your goals and tolerance for risk.

Heading into the final quarter of the year, we hope you and your family stay safe and enjoy the holidays that are soon to come. As always, thank you for your business and trusting us with your future.

We hope to see you soon.

You are now leaving WealthSouth

You will be redirected to